On Jun 19, 2018, long-time Potosi resident and Mayor Frank Fiorenza announced his retirement after serving as Mayor for 26 years. After more than a quarter-century of service, Frank was honored during a retirement party on June 29 at the Potosi Holiday Gardens. At this party, Frank read this wonderful poem about the history of Potosi (which he wrote!) as his retirement speech. Thanks, Frank, for your personal and professional contributions to the Potosi community. 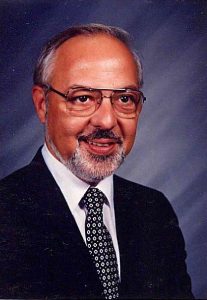 The Birth of Potosi

Originally known as Snake Hollow the valley of Potosi was noted for its many lead mines. It was these along with farming that helped to establish a community. One of the first settlers in 1827 was Willis St. John who is mentioned in Holford’s History of Grant County.

Near the shores of the Mississippi,
Where the bluffs are dense with trees,
Where eagles soar and catfish swim
Lies a pleasant, scenic valley.

Into this Eden the miners came,
Searching for veins of lead;
And like the burrowing badgers,
The earth became their bed.

St John was the first,
Day and night did his smelter burn,
But he was followed by others,
Looking for riches in their turn.

To Snake Hollow in ‘27,
He came to strike his claim,
And soon his booming lead mine
Brought fortune and well-earned fame.

Wooley, Ham, and Spensley,
Names of long ago,
Petty, Lightfoot, Palliser,
From the rocks the lead did flow.

“Gray gold”, they cried,
“Gray gold!” The lead will make us rich,
So they dug in every hollow
They scoured every ditch.

4,000 people in the valley lived
In eighteen-hundred and forty-five
And the little town by the river,
Oh, it did prosper and thrive.

Up and down the river
Steamships plied their way,
Making the Port of Potosi
Their major stop of the day.

The lead that miners smelted
Was sold both far and near,
And the Brewery that was established
Loaded on kegs of beer.

Newspapers, schools, hotels,
An answer for every need,
Churches were erected
And a female academy.

Blacksmiths and tanners,
Not one, but two pharmacies,
A ten-pin bowling alley and sweet confectionaries.

Wagon shops and brickyards,
To this growth was there no end?
Milliners and bakeries,
Hard today to comprehend.

But fickle is prosperity,
The boom it could not stay,
Gold in California hills,
And many went away.

The slough that brought the river boat
Filled in with mud and dirt,
And it didn’t take a lot of years
For the town to feel the hurt.

Then in eighteen-hundred and fifty-nine
Disease raised its ugly head,
As cholera swept through the valley
And the town had to bury it’s dead.

There was a brief resurgence,
A new demand for lead,
North and South they battled
As a country fought and bled.

By eighteen-hundred and ninety-five,
Growth would be no more,
As the population dropped
To four-hundred fifty four.

The mighty river still rolled on;
Eagles still soared through the sky;
The bluffs stood silent sentinel,
And the town refused to die.

Those who stayed where of hardy stock,
People who worked the earth;
In plowing, in planting, in family,
They found an inner worth.

Their character had been tested,
Adversity made them strong.
Though the pace of life was slower,
They quietly moved along.

Time brought its troubles.
In wars it’s sons did fight.
The depression tested spirits,
But they drew on inner might.

With tragedies came triumphs,
And with them brand new hope;
Farming brought success
And a new way to cope.

Families grew and Main Street too,
A new wealth was discovered;
For in the past, there lay a path,
Our history was uncovered.

By the shores of the Mississippi,
Where the Bluffs are dense with trees,
Where eagles soar and catfish swim,
Lies a pleasant scenic Valley. 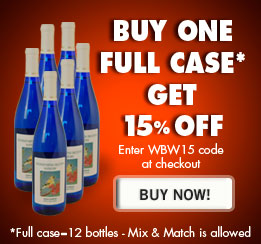 Join the Bacchus lovers of wine by becoming a member of our Whispering Bluffs Vintage Wine Club!

WE ARE A TRUSTED SITE